skip to main | skip to sidebar

Sounds as though we played a very defensive game tonight. By all accounts Andreasen and Hangeland performed well but had no-one up front to punt it to.

I am a big fan of Dempsey, but it really seems as though he has been thoroughly knackered out by his efforts this season. A one-man attack force is not going to bring us what we need this year. It's all very well praying for the return of McBride, important though he is we are placing waaaaaay too much hope on his impact.

We need some strikers and we need them now. We need a team that is built to drive forward. Whilst our defense played well tonight, we are not playing the 'keep things tight' game. We are in the survival game.

Other news tonight Marlon King, the man that both failed and didn't fail his Fulham medical is taken off injured in his first game for Wigan. Keegan proves that you can be fooled twice in the same week by the same team. And Paul Merson's commentary for Sky Sports tonight does indeed prove that it is possible to teach a chimp to talk.

Ok, so we're a point up on last night and things could have been worse. Both Wigan and Birmingham lost which helps matters a little, but we are still some distance from a recovery. A breakthrough is what we're after. Not the promise of one.
Posted by Marc Brenner at 14:08 No comments:

Fifa say no go to Cousin deal. For the sake of twenty minutes we are without someone generally agreed to be a star. For all those who hold any shred of respect for Fifa, take a look at the book Foul! and you'll soon ask yourself why the entire organisation is still trusted to preside over anything.

LATE NEWS: It seems that Fifa have not made a decision on the matter, yet. I have entire faith in this noble organisation: they will do the right thing.
Posted by Marc Brenner at 14:04 No comments:

When will this all end?

With just over two days left until the transfer window closes, Erik Nevland becomes the latest Scandy to join the team. No word yet on the Daniel Cousin affair, but assuming that all's well and he makes the move- will that be the end of it? Sky Sports reports that Neil Clement is on his way in from West Brom on a loan deal that will see him cottaging until the end of the season.

Fulham have lined up a loan deal until the end of the season with the view of a permanent move for Clement.
I genuinely beleive that Roymondo has bought wisely with the funds available. Within a few transactions we have moved away from the Land of the Diddymen to Land of the Giants. It'll be interesting to see how many of them get a run out tonight. A fullish and Fulhamish report will follow on that one.

Says Roy: “We’re bringing in good players but they need to be players who understand that we’re in a difficult situation and they’ll have to roll their sleeves up and fight their way out of the situation." Too true.
Posted by Marc Brenner at 07:40 1 comment: 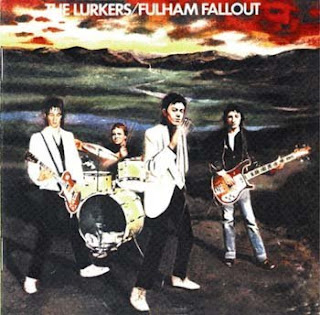 So, there was this band called The Lurkers and they had this album called Fulham Fallout, back in 1978. I'm not entirely sure how this ties in with our club, but a swift look at some of the track listings throws a little light on the matter. How prophetic were these boys...

I've been reading a great novel, The Damned United, about Brian Clough's ill-starred reign at Leeds Utd in the Seventies. Yes, I know that the book's been out a while, but I've only just got round to it. And if you haven't read it, you really should. You will not be disappointed. This is a passionate story for football fans. A story where the real stakeholders, the players, the managers and the fans take centre stage; before the marketeers, before the agents and before the accountants muscled in. David Peace writes like a man possessed, which is handy considering the subject matter. Clough is part demon, part father and part philosopher. The book is currently being filmed with Michael Sheen playing Clough. It'll be good. But not as good as the book.
Posted by Marc Brenner at 02:06 No comments:

Despite the faffing that still surrounds the purchase of Marlon King (who's now rumoured to be making his way to Wigan) it appears one part of the original deal holds firm. As far as I'm concerned it's the better part of the deal. Collins John is off on loan to Watford.

Jollins Con always struck me as the kid at school who dressed cool, looked moody, talked tough, but ultimately ended up working in Superdrug.

I guess he was promising, but in the end he reneged on the promise.

ABIDING MEMORY OF CJ: Randomly hanging about upfield and looking hard-done by when called offside. When was this, you ask? Always.
Posted by Marc Brenner at 04:53 1 comment: 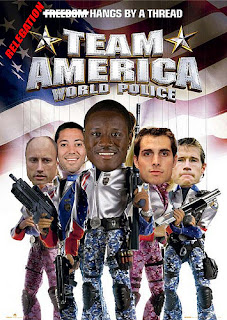 Full credit to Oz City for this one.
Posted by Marc Brenner at 21:40 1 comment:

What's it all about?

Cold nights at the Cottage. An award-winning run of losses. Deep in the drop zone. David Hamilton.
At times like this every Fulham fan should stand up and be counted. I'm standing. Count me.

This is not a news blog, although now and then there may be a 'flash'. This is a blog for those who support Fulham and know, in their heart of hearts, that it's no laughing matter.

Those Fulham links in full

Will we survive the drop?